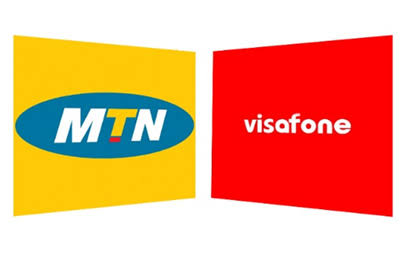 The Nigerian Communications Commission (NCC) yesterday halted moves by South African mobile giant MTN to acquire the only surviving Code Division Multiple Access (CDMA) operator, Visafone.
It said the acquisition cannot be done without a public inquiry to enable stakeholders determine the future of Visafone in the overall interest of the industry.
The regulator’s stance followed a heated debate on the matter by representatives of major telecoms firms in the country who made presentations during the stakeholders meeting at the NCC headquarters in Abuja.
Present at the meeting were MTN Nigeria, Airtel Nigeria Limited, Glo Mobile Nigeria, 9mobile Nigeria Limited and other operators.
The Executive Vice Chairman of the NCC, Prof Umar Garba Danbatta, said the NCC as a regulatory body for the industry considered it imperative to hold the public inquiry to give room for active participation and deliberations that would facilitate informed decision on the issue.
He drew the attention of stakeholders to the enabling law which empowers NCC to take decision on the transfer of licence and resources, including the 800MHz Spectrum from Visafone Communications Limited to MTN Nigeria Communications Limited.
Prof. Danbatta said: “The Commission seeks your active participation in the deliberations that would lead to an informed decision consistent with our mandate to create an enabling environment for effective competition in the industry as well as to ensure the provision of qualitative and efficient telecommunications services throughout the country.
“As you may all be aware, the demand for spectrum has increased due to the emergence of disruptive innovations such as mobile broadband, web applications, cloud computing, Internet of Things (IOT) and the proliferation of smart devices among others.
“Consequently, in order to reap the benefits of effective utilisation of spectrum as well as improve operational efficiency and regulatory excellence, the Commission in accordance with its mandate as enshrined in the Nigerian Communications Act NCA 2003 embarked on re-planning of some of its Frequency bands
“Specifically in 2013 the commission re-planned the use of 800Mhz band to accommodate technology development in the telecom industry and new Frequency Assignments were conveyed to the operators according to their frequency holdings in the 800MHz band.
“Visafone is one of such incumbents on the spectrum that got 10MHz FDD Assignments. Subsequent to the re-planning of the band, Visafone wrote to the Commission requesting for transfer of its licence including the 800MHz spectrum to MTN.”
However, during their presentations, the representatives of Airtel and 9mobile opposed the plan to transfer the licence of Visafone to MTN , insisting that MTN already had over 38 per cent of spectrum holding in the industry.
They argued that should the NCC concede to the transfer, the development would not only create a monopoly for MTN, but make competition difficult among industrial players while a lot of telecommunications companies would be permanently disadvantaged.
EmmiAdmin 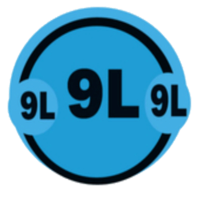